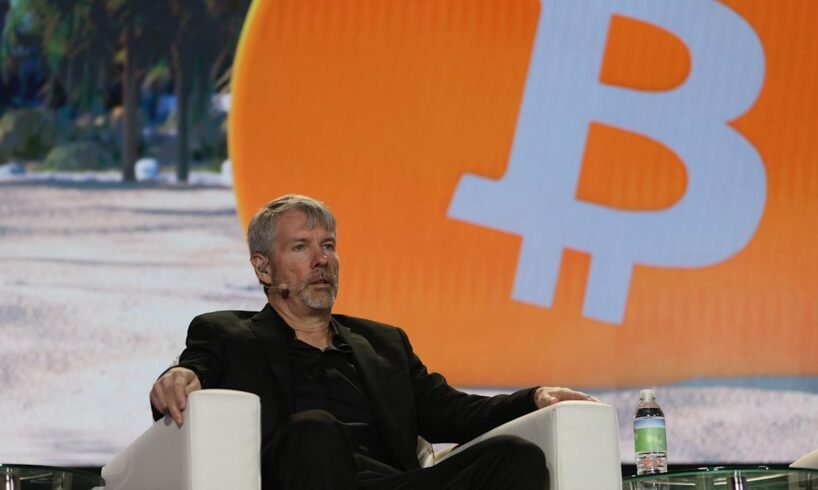 Bitcoin (BTC-USD) is down more than 20% from its record high and is set for its fourth straight weekly decline. Crypto bulls, as always, are keeping the faith. That includes MicroStrategy CEO Michael Saylor, who added bitcoin to his company’s balance sheet last year. Since then, he’s been an outspoken advocate. Right now, he doesn’t see many — any? — long-term obstacles to prices going higher.

Saylor has said that he believes bitcoin can go up forever, a sentiment he repeated to Yahoo Finance Live. Two of the main drivers, he said, are technology adoption and inflation.

“It’s going to be driven by technology, as it gets built into Facebook and Google and Apple, it’s built into Square and PayPal. And so as you build in technical utility, that’s going to drive more adoption,” he said.

To be sure, some crypto analysts have identified risks. In the short term, selling in a highly-leveraged asset like bitcoin can cascade when it falls below certain thresholds and indebted holders are forced to liquidate. And there’s some debate over whether bitcoin is indeed an inflation hedge. After all, the potential threat of higher interest rates — a reaction to rising inflation — seems to be one of the reasons behind the recent sell-off.

Still, Saylor has largely been well-served by his bitcoin positioning thus far. MicroStrategy shares have risen some 380% since he first disclosed in August 2020 the company was shifting cash in its corporate Treasury into bitcoin. Since then, the company has built…