The biggest news of the week is coming from the Federal Reserve. The central bank’s open market committee (FOMC), tasked with setting interest rates to match the current environment, closed its meeting with the announcement of a 75-basis point increase in the benchmark interest rate. The hike, which was the Fed’s largest single move since 1994, brings the rate to the range of 1.5% to 1.75%, and shows that the central bank is committed to fighting inflation.

What will happen now is anyone’s guess. The higher rates will find reflections in revolving credit and mortgage loans, putting a damper on consumer spending and business investment alike. The specter of a recession is drawing nearer – consumer spending accounts for some 70% of all US economic activity, and the combination of high inflation and rising interest rates bodes ill for consumers in the short term.

It also raises some important questions for investors, the most important, perhaps, being how to cope now that conditions no longer favor easy money and cheap credit. Watching the market right now is Jim Cramer, the well-known host of CNBC’s ‘Mad Money’ program. Cramer is never shy about giving his opinion, and his opinion now is that investors need to take defensive steps.

Putting that into actionable advice, Cramer says, “You’ve got to be selective because the market remains horrific. That means picking at the kind of defensive stocks that can hold up just fine even with inflation and the very real possibility of a Fed-mandated recession.”

Cramer has used a set of three criteria to assemble a list of defensive picks that investors should consider. His criteria include a minimum 3.5% dividend yield, to beat the current Treasury bond yields; an expectation for earnings growth extending into next year; and finally, a current share price less than the market average of 16.5x earnings. In short, Cramer says to buy cheap and maximize the return potential.

Now let’s take a look at the top two dividend stocks on Cramer’s list. We’ve used the TipRanks database to pull up the latest data on… 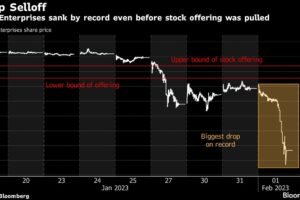