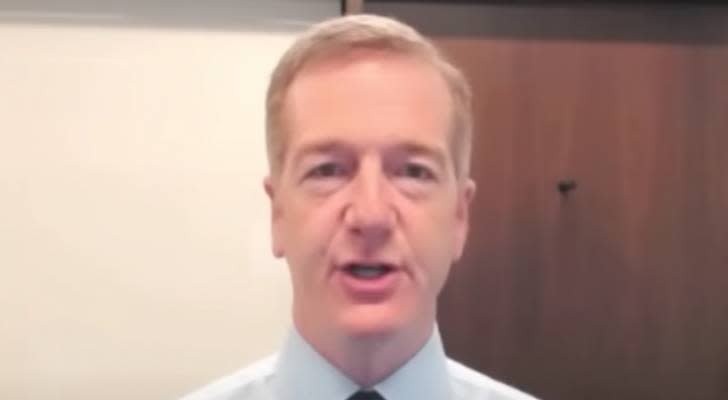 A strong U.S. dollar is good news for those who want to travel abroad. But for the stock market — which has already plummeted this year — it could lead to further downside according to Morgan Stanley.

“The recent move in the U.S. dollar creates an untenable situation for risk assets that historically has ended in a financial or economic crisis, or both,” Morgan Stanley analysts, led by Mike Wilson, write in a recent note to investors.

Wilson’s team calculates that every 1% gain in the U.S. Dollar Index would have a negative 0.5% impact on company profits.

The analysts also point out that this greenback strength is happening at a time when central banks around the world are tightening monetary policy, and that does not bode well for the markets.

“If there was ever a time to be on the lookout for something to break, this would be it,” they write.

But that doesn’t mean selling everything. Despite the gloomy outlook, Morgan Stanley still sees upside in quite a few companies. Here’s a look at three that it finds particularly attractive.

This American pharmaceutical giant commands more than $300 billion in market cap, with products marketed in 120 countries around the world.

Despite the market downturn this year, Eli Lilly is not a beaten-down stock.

In the first six months of 2022, Eli Lilly’s revenue grew 6% year over year. Meanwhile, the company’s adjusted earnings per share improved 12% from a year ago.

Shares are actually up roughly 17% so far in 2022, and Morgan Stanley expects the trend to continue.