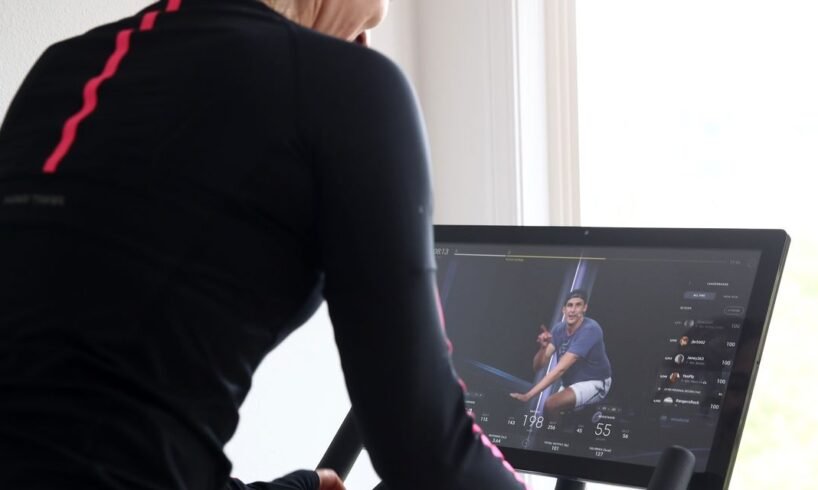 Peloton Interactive stock was soaring on reports that multiple companies, including

Amazon.com, were looking at acquiring the beleaguered stationary-bike maker.

Peloton stock (ticker: PTON) was up 32% to $32.40 amid reports that it had become a takeover target. The stock was down 31% in 2022 and 84% over the past year as of Friday’s close amid slowing sales of the company’s connected bikes, treadmill recalls, and other issues.

The Wall Street Journal reported Friday that Amazon was among the potential bidders for Peloton, while the Financial Times reported that Nike was in the mix as well. Wedbush analyst Dan Ives, meanwhile, said he “would be shocked if

Apple is not aggressively involved in this potential deal process.”

If that weren’t enough, Peloton is set to report earnings on Tuesday, though the numbers will probably be less important than the information it gives about cost cuts, production, and other issues.

Still, the focus will be on a takeover. Amazon(AMZN) makes sense as a potential suitor. Peloton uses Amazon Web Services, and its chief technical officer has been a presenter at AWS conferences. MKM analyst Rohit Kulkarni notes. “In other words, Amazon and Peloton have had a working relationship,” he writes. “Arguably, fitness can be viewed as the next consumer experience to be digitized, after books, music, video, and video games.”

The key for investors, of course, is how much Peloton is worth. Using