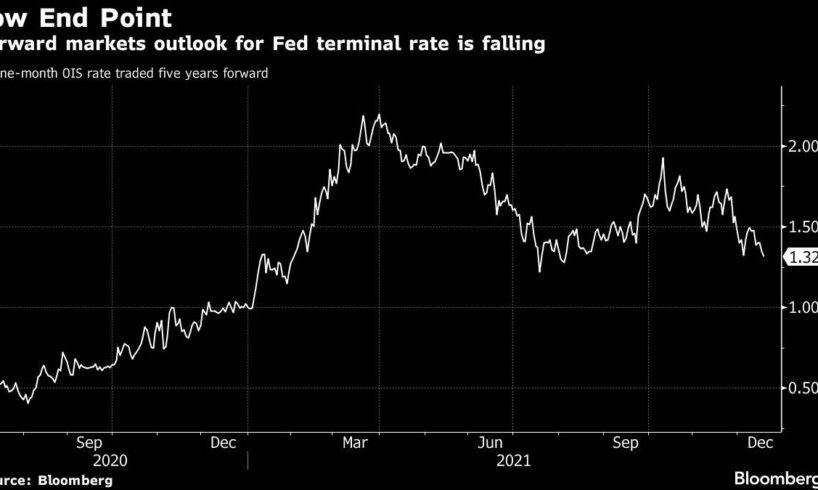 MSCI Inc.’s gauge of Asia-Pacific equities was on track to fall for its sixth session in seven. Treasury yields dropped, gold edged higher and the dollar held a jump from Friday amid a mood of caution.

Traders were assessing the latest comments from U.S. Senator Joe Manchin, who left Democrats with few options for reviving Biden’s agenda after rejecting the roughly $2 trillion tax-and-spending package. Goldman economists reduced their U.S. economic growth forecasts in the wake of the senator’s move.

Fresh lockdowns in parts of Europe to stem the rapid spread of omicron are also unsettling investors and weighing on risk sentiment.

In China, banks lowered the one-year loan prime rate, a key benchmark of borrowing costs, for the first time in 20 months. Calls for easing had grown amid a property sector crackdown that’s weighing on economic expansion.

Markets are grappling with a range of uncertainties while heading toward a holiday period when thinner trading volumes can exacerbate swings.

“Omicron remains a concern and cases are on the rise,” said Robert Schein, chief investment officer at Blanke Schein Wealth Management. “Investors should be prepared for Covid to continue to be a main factor in market performance heading into 2022. After the bull run we’ve seen over the past 21 months, investors aren’t as used to prolonged periods of volatility.”

Global stocks retreated last week in part on an outlook of diminishing central bank stimulus as officials pivot toward fighting inflation. Federal Reserve Governor Christopher Waller said a faster wind-down of the central bank’s bond-buying program puts it in a position to start lifting interest rates as early as March.

Meanwhile, President Recep Tayyip Erdogan pledged to continue interest rate cuts that have made the…